As per the Indian mythology, Rudraksha is believed to be the tears of Lord Shiva. The word Rudraksha is derived from two words- Rudra and aksha, where Rudra is another name of Lord Shiva and ‘aksha’ mean eyes. The eye of the Shiva is considered one of the most potent manifestations of the cosmic force. Due to this reason, the rudraksha is considered both an object of worship and also a source to reach a higher self. Rudraksha malas are commonly used for chanting mantras while meditation or to be worn around the wrist or the neck as it induces inner peace, intelligence, knowledge, power and good health. 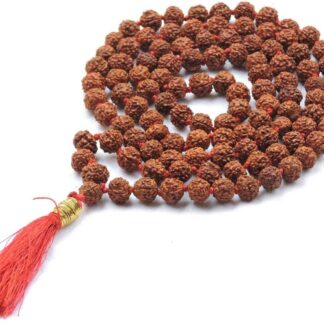